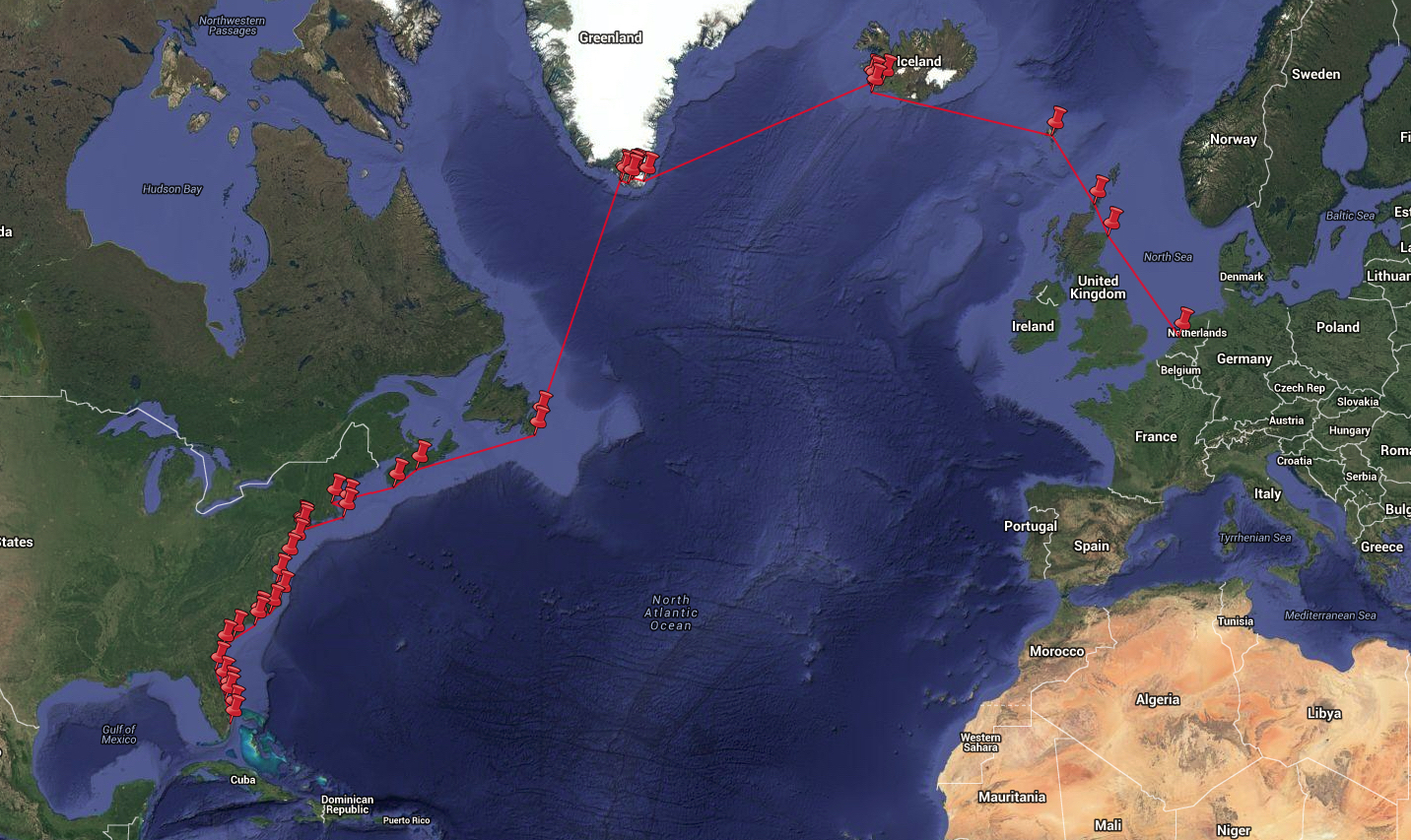 In 1996 Evert Stel and Piet Wierenga founded No Limit Ships Shipyards with a clear mission. To develop a ship, extreme seaworthy, safe and comfortable. A ship to be used in all conditions. A ship with “no limits”.

These days the founders can look back with pride. Their mission proved more than successful. In the private as well as in the professional market No Limit ships are household names. The name ‘No Limit Ships” guaranties high quality, reliability, safety and comfort. The ships also earned their reputation outside The Netherlands.

Since several years we have good connections in the USA and we decided to present aNo Limit 1550 during the 2016 Ft.Lauderdale International Boat Show.The 52nd edition of the world’s biggest Boat Show will be held from November 5-9.

During preliminary talks on the Boat Show and how to get a ship to the USA we turned to Edzard Braam (Surgeon) and his brothers Jurgen and Peter (retired airline pilot) from the No Limit “Four Seasons”. They were willing and very enthusiastic to make the Atlantic crossing to Ft.Lauderdale. Both Edzard and Peter have the Yachtmaster Ocean RYA/MCA license. Jurgen Braam, a professional cameraman, will cover the voyage on film and photo. Their latest trip from The Netherlands around the Iberian Peninsula was published in the monthly “Motorboot”.  They also run the company “yachtdeliveryworldwide.nl”

An Atlantic crossing by motorboat to the USA is very special to say the least. After consulting the well known yachtsman Henk de Velde the crew decided to make a Northern crossing.

Departure is scheduled from Amsterdam on August 7. Prior to departure there will be a get-together for press and guests. More information about the voyage will be presented. Founding father Evert Stel will give a presentation on No Limit Ships Shipyards.

The progress of the journey will be published on the blog: nolimit-goes-usa.nolimitships.com

Several No Limit ships will escort the No Limit “Four Seasons” from Amsterdam to the IJmuiden sea locks. One ship will be the former pilot boat “Meander” owned by Evert Stel. Evert runs the “Vaarwens” foundation.