As you will by now have gathered we have reached the Azores. Early yesterday morning, in the middle of a pitch black night, we arrived in Flores.The longest stage of our whole journey, a crossing of 1700 nautical miles, is behind us.

We have a lot to be happy about, we crossed from Bermuda to Flores is a very stable high pressure area with little wind, what wind we had blew with us. Perfect for us in our motor boat, dissapointing for the sailing boats that left Bermuda with us. Most of them took a more Northerly course looking for better wind. Unfortunately they met with little success; we later heard from them in the harbour of Lajes dos Flores that they had spent a lot of time motoring.

The one advantage a sailing boat has over our boat is its keel. We miss the stability this gives and a beam wind and waves cause us to roll uncomfortably to port and back to starboard. A gyro stabilizer would solve this but comes with a healthy price tag.

On the subject of our arrival in Flores, you might ask why we made harbour in the middle of the night. After ten days at sea why not wait a few hours more and enter in daylight, an easier and certainly safer option?

You would be right to ask. Let me explain.

For one thing we didn’t feel like motoring in circles at sea until dawn broke, but more importantly we wanted to give Joost the experience of arriving at an unknown port in the dark. He plans to follow in our seafaring footsteps.

It was quite an experience; the narrow harbour entrance made even more awkward as a part of the sea wall had fallen into the channel. You can see this in the photo below.

Safely tied up, we filled our glasses and drank a toast or two to our own success, then turned in for a well earned sleep.  Understandably we fellinto a deep sleep and the rest of the day was uneventful. We gave the cook the evening off and dined well at Casa Rei, a restaurant run by a German couple, Sylke and Uwe, that has lived on Flores for many years. The restaurant was recommended by our trusty Imray Pilot Atlantic Islands.

The next morning we met Sivio. Silvio is a taxi driver and he showed us around his island. He grew up in Massachusetts where his Azorean parents had moved to looking for a better life. Things didn’t work out there and they returned to Flores. Silvio speaks perfect English as well as Portuguese and had plenty of stories to tell as he drove us round this island of calderas, volcanic lakes and beautiful green hills. Flores is possibly the prettiest island of the Azores, perfect for hikers and lovers of the outdoors, and a paradise if you are interested in flowers. It is not named Flores by coincidence.

The islanders live from cattle farming, fishing and tourism. Silvio earns most of his income in the three summer months by ferrying hikers to a from the start and finishing points on the many hiking routes. He supplements this by bringing children to school.

Life is less expensive here. Supermarket prices seem to be about half of what we expect to pay and restaurants are cheap too. A cup of coffee will set you back 75 cents. Salaries though are equally low, with a minimum monthly wage of about 480 euros. Travel off the island is not an option for most Azoreans.

Silvio dropped us back at the Four Seasons at the end of the day and we took our leave of this charming guide, thanking him for his island stories.

As we leave harbour we salute the Clipper Stad Amsterdam, that dropped anchor this morning having sailed from Miami 14 days ago. We will see them again as they will follow us to Horta later on. We sail into the night, a quiet sea lapping against our hull, our arrival in Horta planned for tomorrow morning.

Though not with his lady friend in Lelystad.

It appears he had taught his dog to sing before leaving.

Now he hears from her every day, asking when he will be home,

she can’t get the dog to shut up.

My greetings to you all, more from Horta. 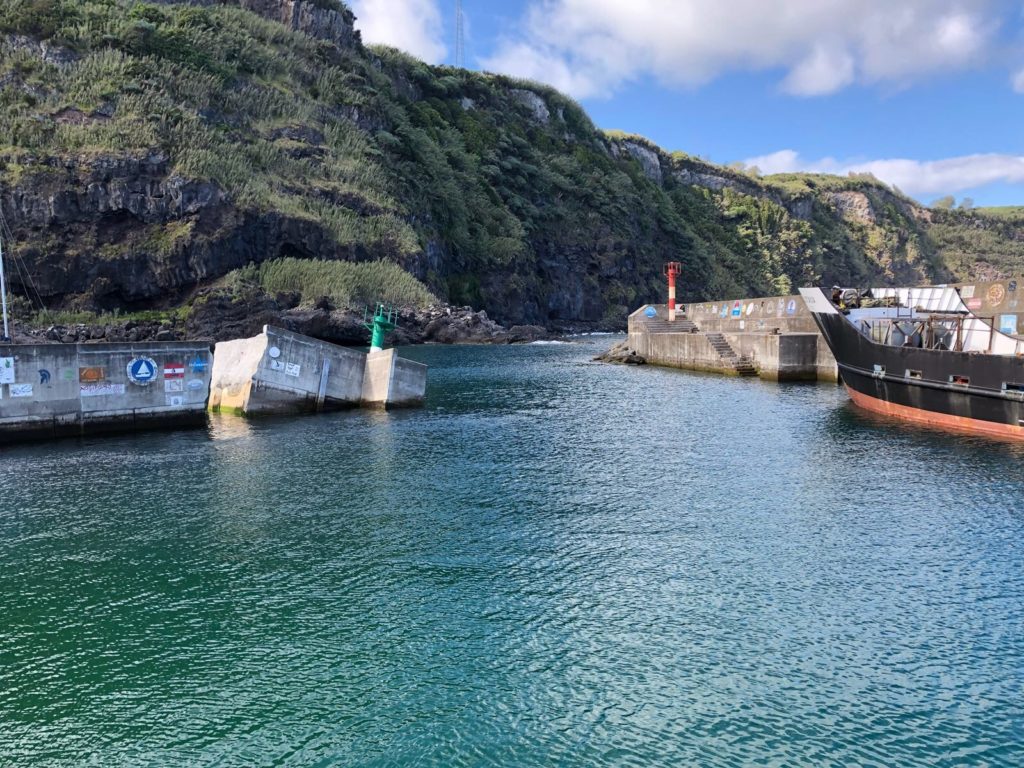 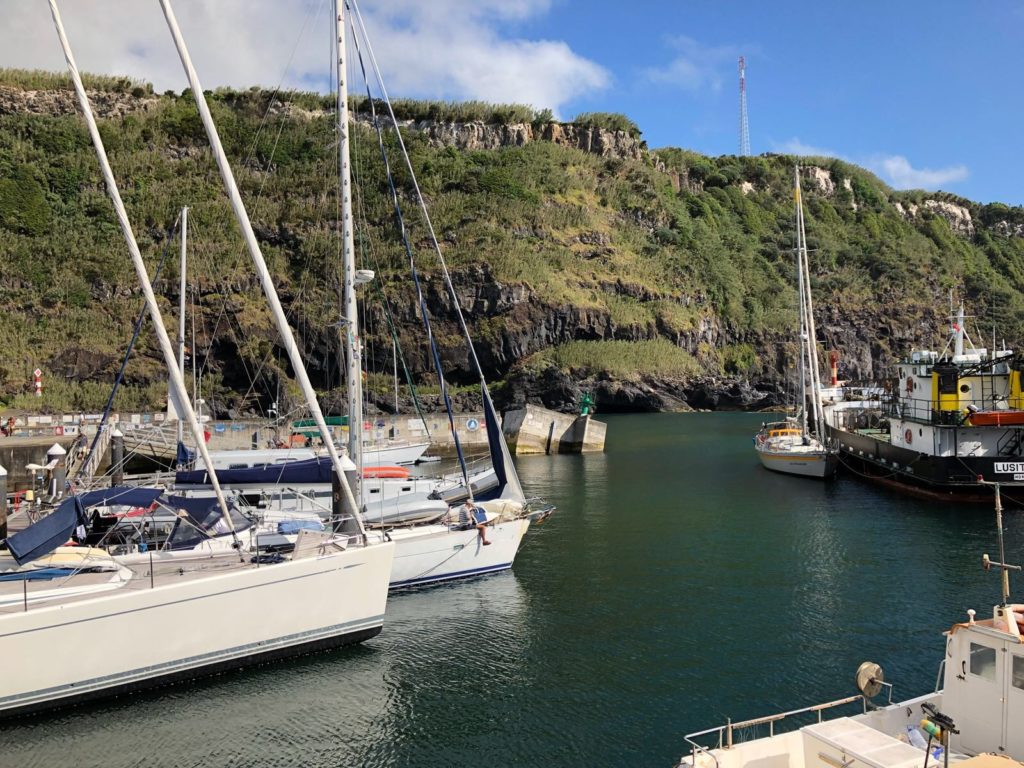